We recently embarked on a complete redesign of the core page on our site, our ticket listings interface. After weeks of iterating with the other guys on the SeatGeek dev team, I marched off to an interview with a reporter from a major tech publication to show off the new UI for an upcoming story. His reaction: “Well, that doesn’t really look very different.” Oof.

But he was right. The two versions looked quite similar: 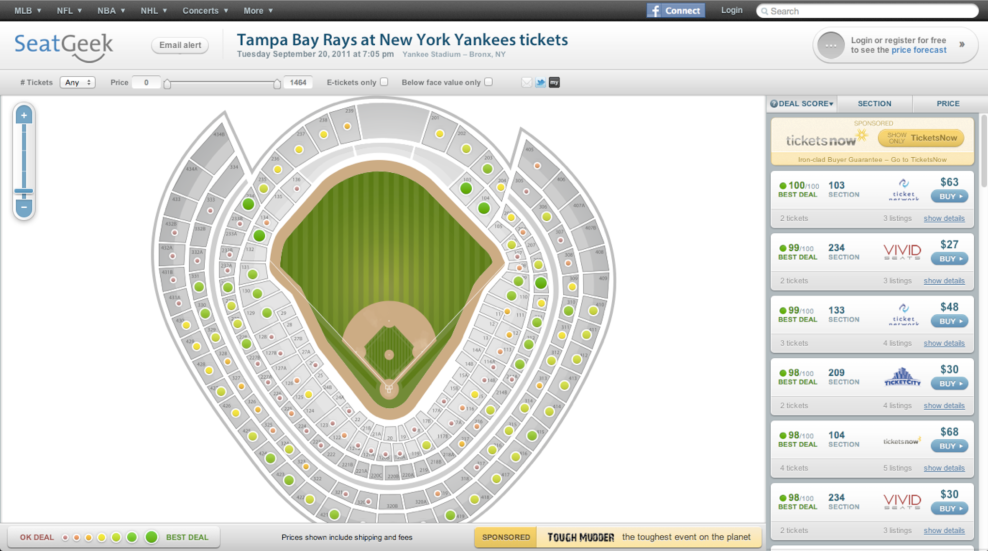 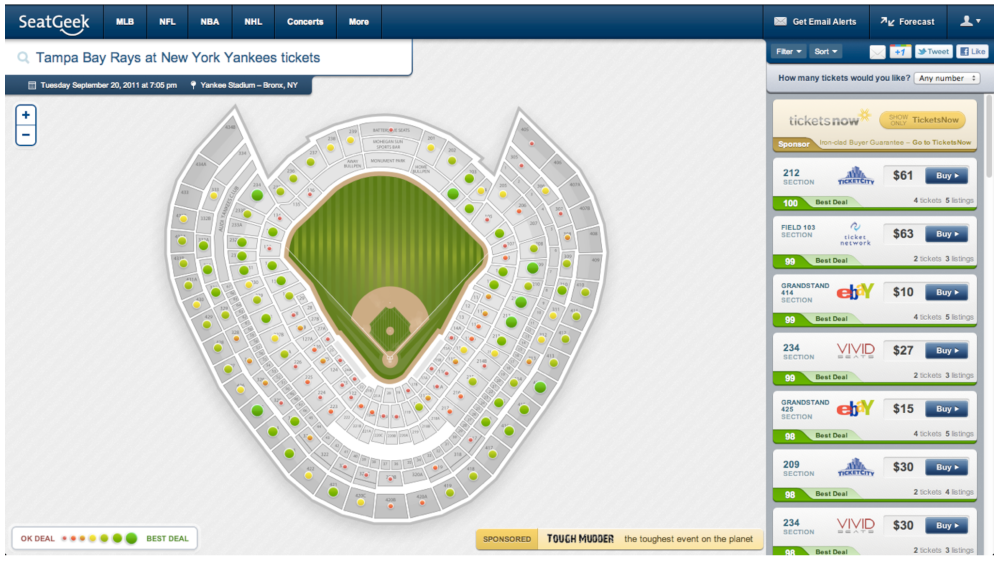 Yet, even though it looks damn similar, I would argue this was a big step forward for us. In isolation, the elements that distinguish outstanding UIs from good UIs often go unnoticed by users.

A frequent 1am scenario in my apartment: I’ve just spent 15 mins fooling around in Photoshop, trying to improve the design of a button.  I turn to my roommate and ask her which version she prefers.  She say she can’t even tell the difference!  Have I wasted my time? No. Holistically, this shit matters. A user can feel the difference.

We had four goals for this redesign: increasing the realism, usable real estate, simplicity, and unity among elements. But rather than discussing the rationale behind those, I’d like to cover some of the tiny, specific changes we made to accomplish them. The minutiae is important.

Here I’ll tackle how we attempted to improve the realism of the UI. I’ll save the rest for future posts.

Great UIs are real, tactile things that make you forget your computer screen is a screen at all. They evoke real-world sets of objects, like a panel of elevator buttons sitting in front of you. We made a number of small changes to enhance realism… 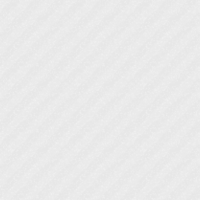 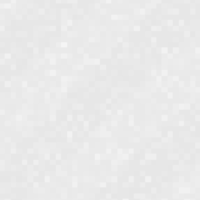 When asked “Do you notice any noise or imperfections in that pattern?” most users say no (I know, I’ve polled a bunch). But it subconsciously improves the verisimilitude of the UI. We also added noise to the ticket quantity selector background. Again, it’s difficult to consciously detect unless you zoom in:

The perception of depth is critical for creating a UI that feels like a real-world control panel rather than a computer screen. The real world isn’t 2D. Our old map felt flat, whereas the new version has more dimension. 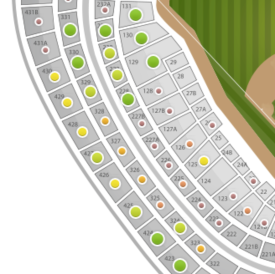 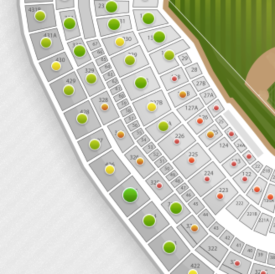 We did a few things to give the illusion of depth. First, we added a drop shadow around the edge of the map. The shadow is positioned as if there is a 90° light source, meaning light is shining down on the interface from directly above. This has become the standard across mobile and web interfaces. The shadow is bigger and darker than most shadows we use, but still sufficiently subtle that most users won’t look at the interface and think “Oh, there’s a shadow.”

We also added a stronger gradient to the markers on the map: 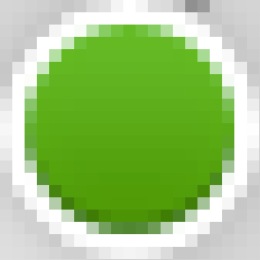 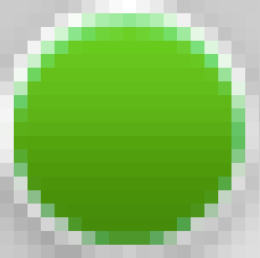 We worked to give every element on the page a z-index relationship to the elements surrounding it. For text, that means deciding if it is sitting on top of its background element or if it will be embossed into that element. We tried to always select one or the other and avoid text that casts no shadow. As an example, check out the label in the upper-left part of the ticket listing element:

The text in the old version had no shadow. In the new version, we used a white drop shadow on the bottom to convey that the text is embossed into the background. It gives the perception that light shining from above is passing over much of the label–since it’s sunken into the background–but that the light catches it at the bottom.

In the real world, an object tends to change its appearance when you interact with it. As you move your hand over a button in an elevator, the way light strikes that button will change. And when you press that button, the light will change yet again. Thus, to create a UI that feels real, we tried to make it consistently but subtly responsive to user actions. As a bonus, this gives users consistent feedback about when their actions are being recognized by the app.

Perhaps the most obvious way to enhance responsiveness is with hover and active states. We’re trying to give every clickable element in the SeatGeek app its own hover and active state (we aren’t quite there yet). As an example, consider the email alert button on the top bar of the ticket listings UI (refer to the screenshots above for a refresher): 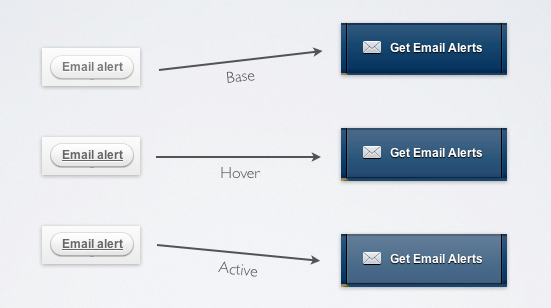 The old button is on the left; the new button is on the right. You’ll see that while the old button had a hover state (underlining the text) it didn’t have a unique active state, so we created that for the new version. In the new version, the button color and shading changes in all three states. We’re also trying to get away from using text underlining for hover states. Buttons in the real world don’t underline themselves when you put your hand over them. An underline hover state is often unavoidable for links in body copy, but we got rid of it for buttons, like in the example above.

Things in the real world do not instantly appear or disappear from sight; they move in and out of view with a certain velocity and acceleration. Thus, we added animations to the interface whenever it seemed suitable. We actively tried to avoid gaudy animations reminiscent of ‘90’s PowerPoint presentations; we wanted each animation to be on the brink of noticeable. As an example. when a user signs up for an email alert, the modal window fades and zooms in very quickly. This screenshot catches it mid-animation: 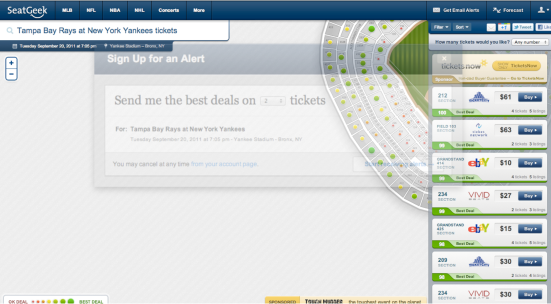 There has been much ado recently about how Steve Jobs cared about the aesthetics of computer parts users would never see. I’m not sure how I feel about that. (Where did it end? Did he he care about the beauty of chip internals?!). In any case, I’m talking about something very different here–changes that will be visible to users, but only when part of a cohesive whole. I think those details are the key to outstanding interfaces.